In this article, you will learn how to organize users into groups.

Groups and what they are used for

To create a new group, go to Administration → Groups in Lumiform Desktop and click on "+ Add Group".

Enter the desired group title and select all users who should be assigned to this group by clicking in the box in front of the user name. To create the group, click on the button "Create group". 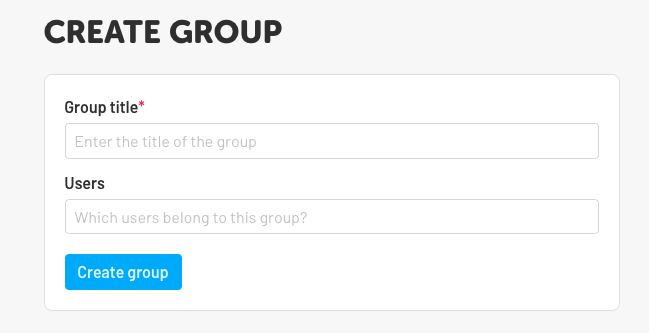